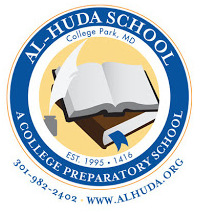 Dar-us-Salaam laid its foundation with the founding of Al-Huda School in 1995.

Despite concerns that putting children in a full-time Islamic school would lead to them being isolated, and fears that an Islamic school would not be academically competitive, Al-Huda School started with 27 children in grades Kindergarten through Second. Over 15 years later, Al-Huda School’s student body of close to 600 students in grades Pre-Kindergarten through 12th grade are not only performing at or above national averages on standardized tests, but also they are youth leaders in the community and on college campuses around the region.

With the grace of Allah, Al-Huda School is recognized both nationally and internationally as being one of the top Islamic schools in the nation. In 2006, Al-Huda School’s Elementary and Middle schools were accredited by the Middle States Association for Colleges, the same body that accredits top private schools and universities like the University of Maryland and Johns Hopkins University. In 2011, just weeks before its first ever graduating class was to receive their diplomas, the same organization accredited Al-Huda High School.

Students at Al-Huda School study a curriculum which combines both traditional academic subjects and Arabic, Qur’an, and Islamic Studies. Each year, students take several standardized tests to assess their subject knowledge and thinking skills relative to students across Maryland and the across the nation.

Al-Huda High School students are required to take Advanced Placement (AP) courses in addition to completing an internship at an office or business. Students completed internships in areas like health care, journalism, and marine biology among other industries.

Al-Huda School has won first place at the regional Muslim Inter-Scholastic Tournament (MIST) since it started competing in 2005. In 2008 Al-Huda School won the national tournament. MIST brings together Muslims students from public and private high schools to compete in a wide range of academic and creative areas including science, math, Qur’anic recitation, Islamic knowledge, film making and poetry.

Throughout the year, Dar-us-Salaam offers halaqas, workshops, and seminars on Islamic topics pertaining to not only belief and rituals, but also on topics like raising children and time management. Often these presentations and lectures are made available on the Internet and other media. Yearly fullday workshops include Janaza and Burial, Salah, Zakat, and Hajj. Weekly halaqas focus on tafseer, seerah, and tazkiyatun-nafs (purification of the soul). Educational seminars for the community are offered free of charge and aim to empower the community with knowledge based on the Qur’an and the Sunnah. Intensive courses in Arabic language, tajweed, and other topics are offered during summer.